Tengiz is an oil and gas field in Atyrau oblast, Kazakhstan, located 350 kilometers to the south-east of Atyrau city. The field belongs to Peri-Caspian Oil and Gas province. Discovered in 1979.

The oil and gas complex – Tengiz Oil and Gas Processing Plant, including the field was put into operation on April 6, 1991 that opened the way to commercial oil production at this field.

Tengiz ranks No. 2 by its oil reserves in Kazakhstan (after Kashagan field).

The Central Production and Processing Complex is Kulsary village.

The Caspian Pipeline Consortium pipeline was opened to export oil from Tengiz to Novorossiysk in 2001 and that was the moment when the first Kazakhstani oil with Tengiz brand appeared in the market. Starting from November, 2008 Kazakhstan began to export the Kazakh oil through the Baku-Tbilisi-Ceyhan oil pipeline, as well as resumed delivery of small oil volumes via the Baku-Batumi railway after August, 2008. 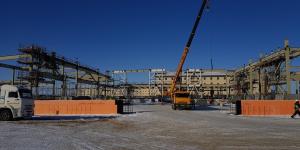 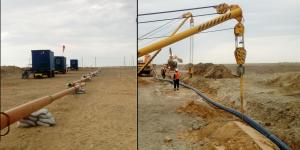